STONE, Elwin A. "Al", CMSgt, Ret., passed away on Sunday, October 7, 2012, in Brandon, Fla. He was born in Baltimore, Md., on October 11, 1929, to W.C. and Lucille (Adams) Stone. CMSgt Stone had a distinguished 28 year career in the U.S. Air Force, including 21 years as a Special Agent with the Air Force Office of Special Investigations. His overseas tours included service in Okinawa, Korea and Vietnam. He also held assignments throughout the United States, including Alaska, Florida, California, Oklahoma, and Ohio. His decorations include the Bronze Star, Meritorious Service Medal, and 3 Air Force Commendation medals. 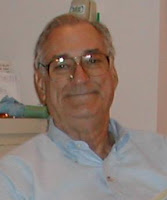 After retirement, he completed his BA degree in Sociology at USF and managed the One Davis Medical Building on Davis Island in Tampa until his retirement, when he was able to travel and enjoy visits with family and friends.

He is survived by the love of his life, his wife of 60 years, Barbara Ann Gower of Brandon, Fla.; sons, Dennis (Denise) of Seffner, Tim (Marie) of Valrico, and David (Eva) of Natalia, Tex.; daughters, Sharon (Joel) Rollins of Trumbull, Conn., Susan (Paul) Brousseau of Lakeville, Minn., Carol (Mel) Leffel of Lakeland, and Noreen (Paul) Einsmann of Valrico; sister, Marguerite Conway of Dover, Del., brother-in-law, Hugh (Marge) Gower and cousin, Shirley Christie. Additionally, he is survived by 16 grandchildren, 5 great-grandchildren, many cousins, nieces and nephews and a warm extended family of in-laws and friends. Al was a devoted member of Nativity Catholic Church in Brandon.