We called Joel Hernandez out this week to come and give our trees a good trimming.  It had been almost four years for some of them.  We really try to keep up with them, and I am always out cutting the things I can reach.  But with the drought comes dead branches up high, and then when we get rain, the weight causes them to fall.  Just for safety purposes alone, we needed to spend the money to get them trimmed. 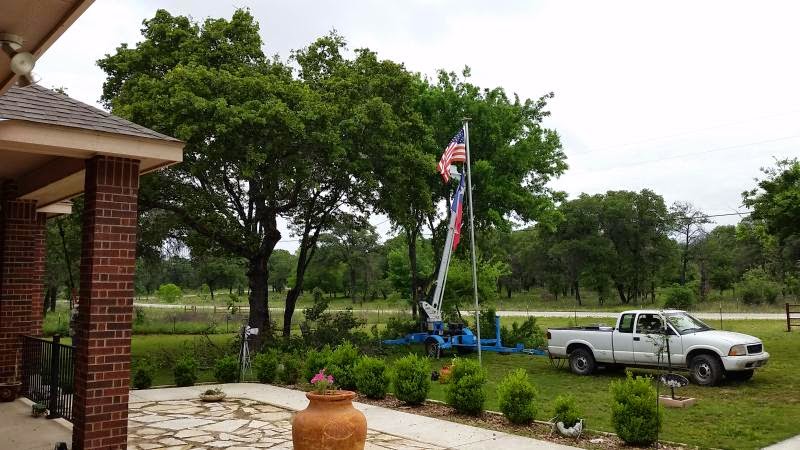 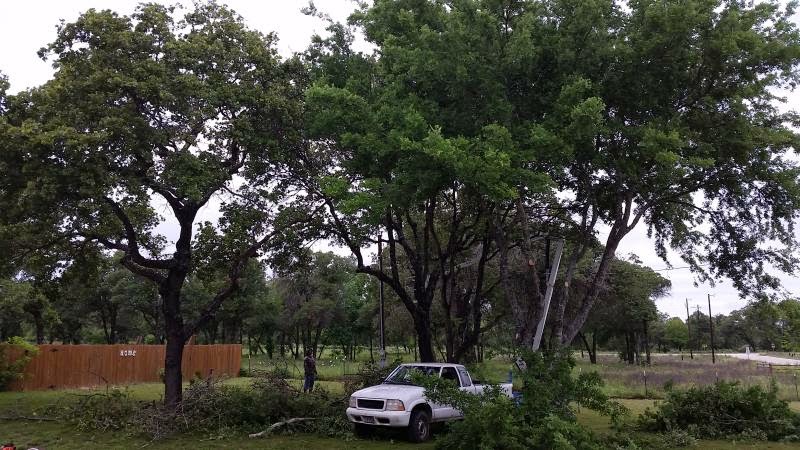 They brought in a cherry picker that allows the guys to get up into the tops of the trees.  It isn't like we have 100 foot tall California redwoods, but our oaks do get up higher than my pole saw will reach. 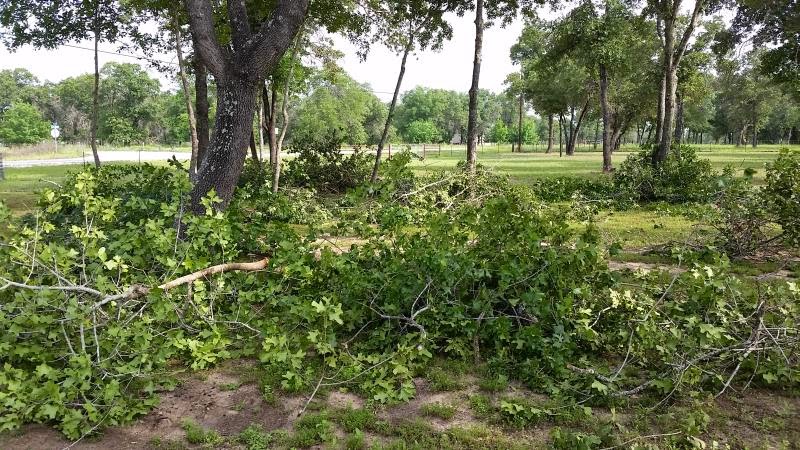 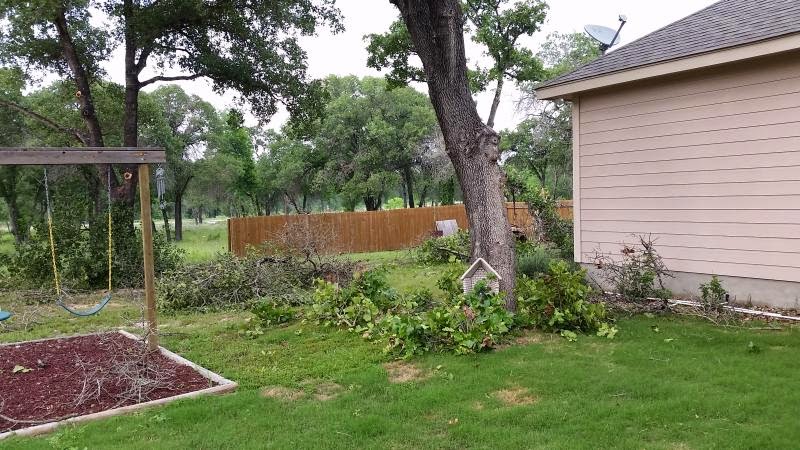 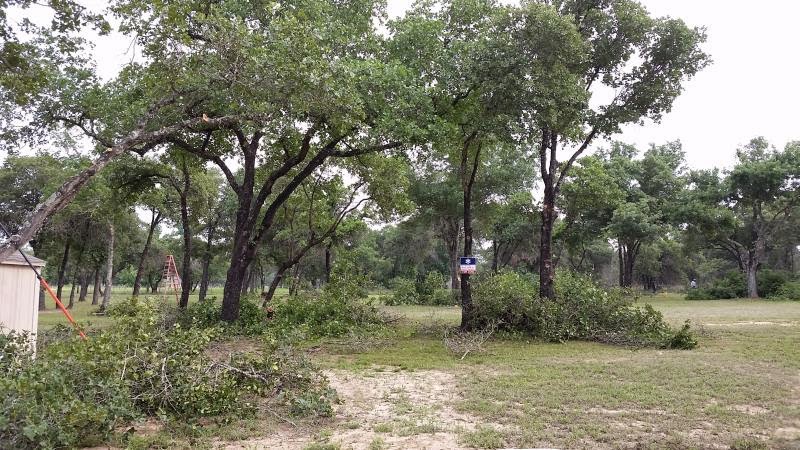 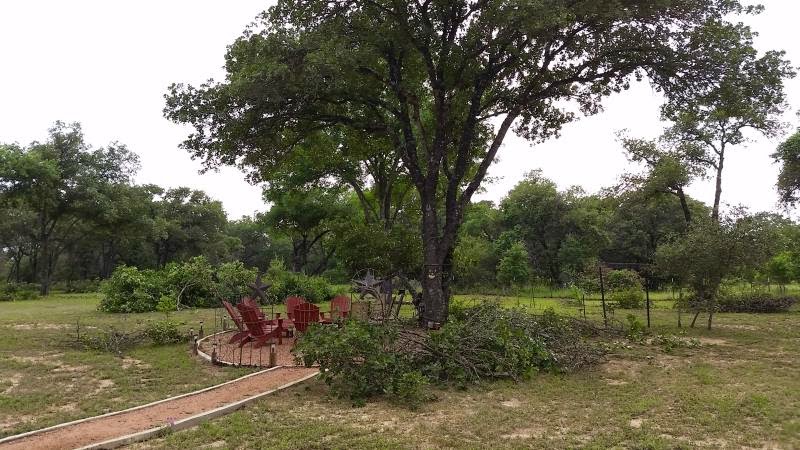 We had planned on about a day and a half to trim the trees, then get the branches and such piled and on fire.  And the first morning, things were looking good.  But the first day of work got cut short when we experienced the first round of torrential rain.  The workers had to stow their saws under a truck and sit in the cab waiting for it to pass.  When the rain let up, they left for the day. 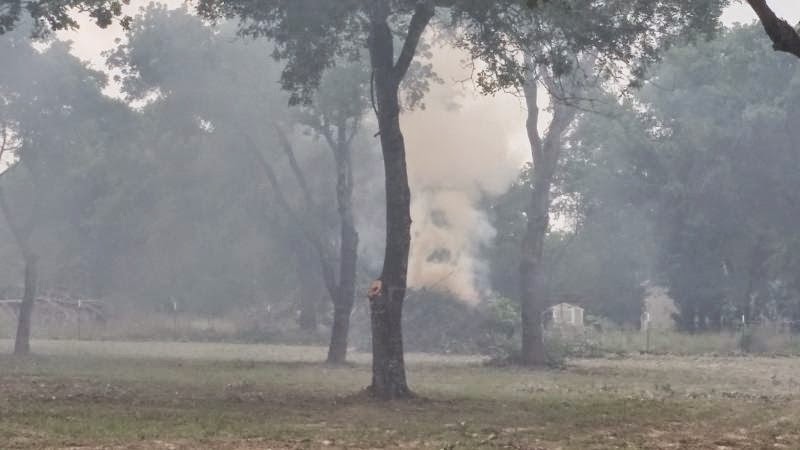 It eventually took closer to three days to cut everything and honestly, the continued rain was creating havoc for the big bon fire. 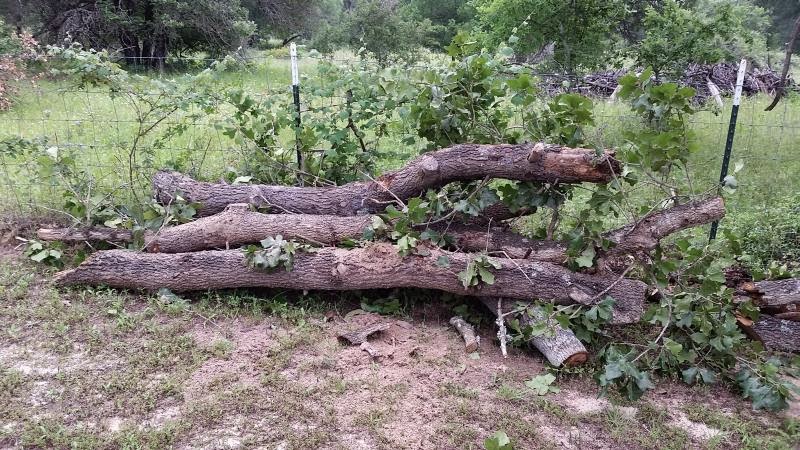 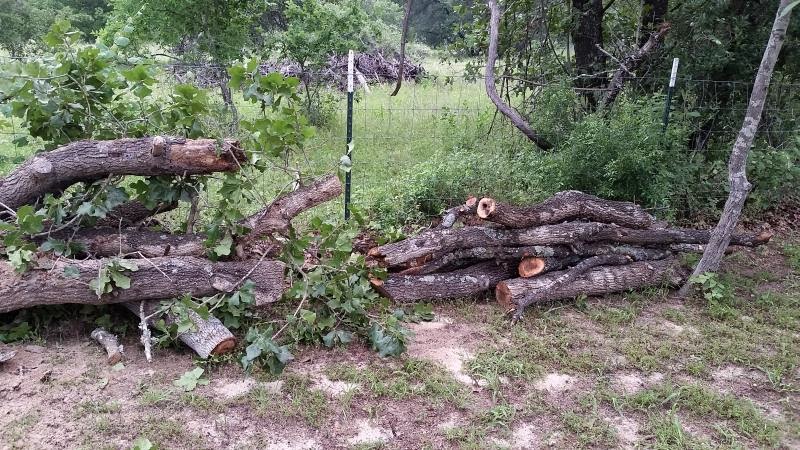 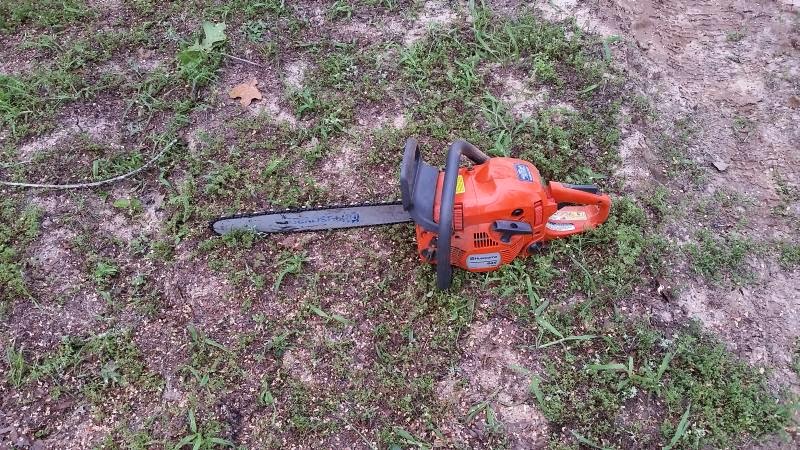 I took advantage of the slowdown to pull out a good number of limbs to save for firewood. But as luck would have it, my Husqavarna crapped out on me and I had to make a quick run to the repair guy.  Thank goodness the guy (who calls me "The chainsaw killer", not because I use a chainsaw to kill people, but because I kill chainsaws) was willing to fix it while I stood there and took his disgusted facial expressions. 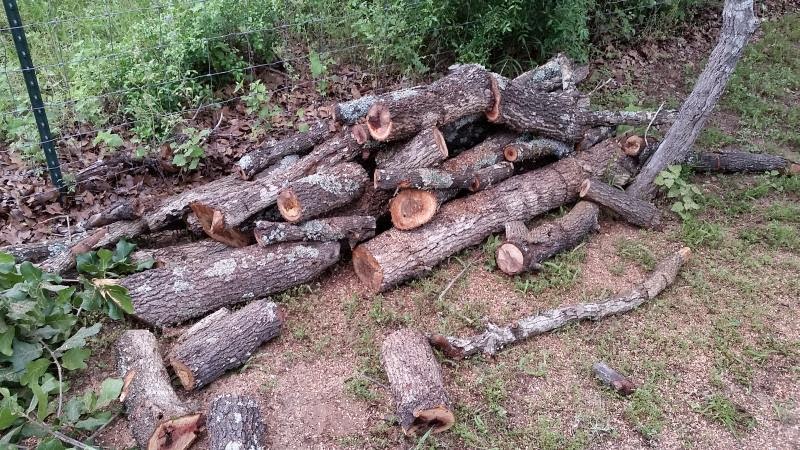 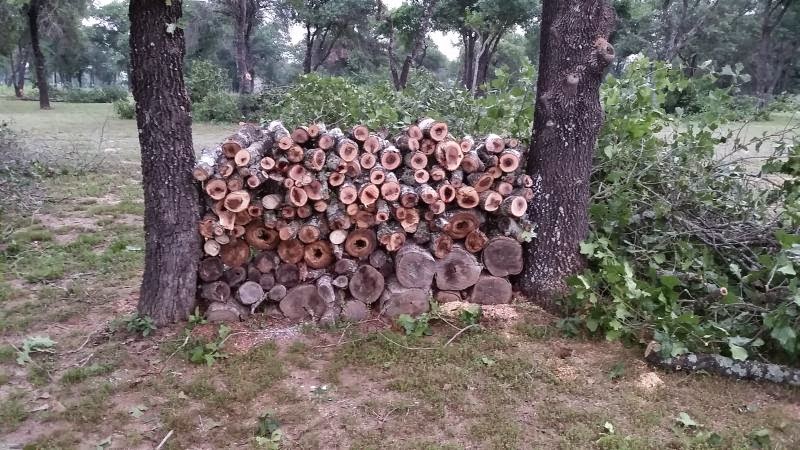 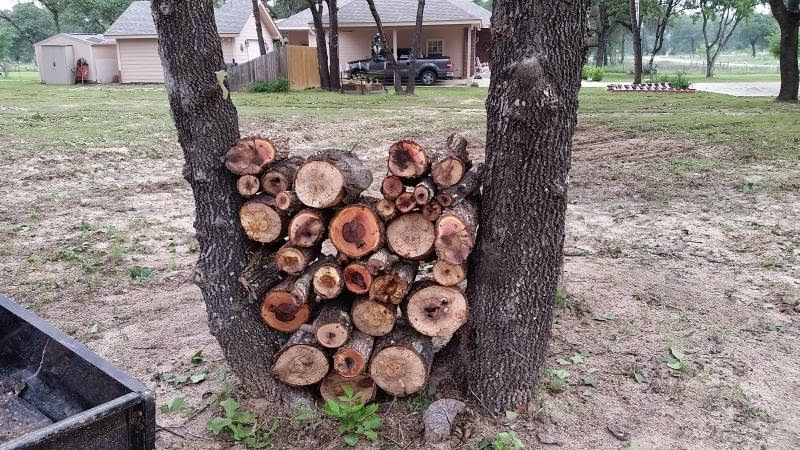 Thankfully, $20 later, I was back in business.  I actually stacked wood in four different places around the yard. 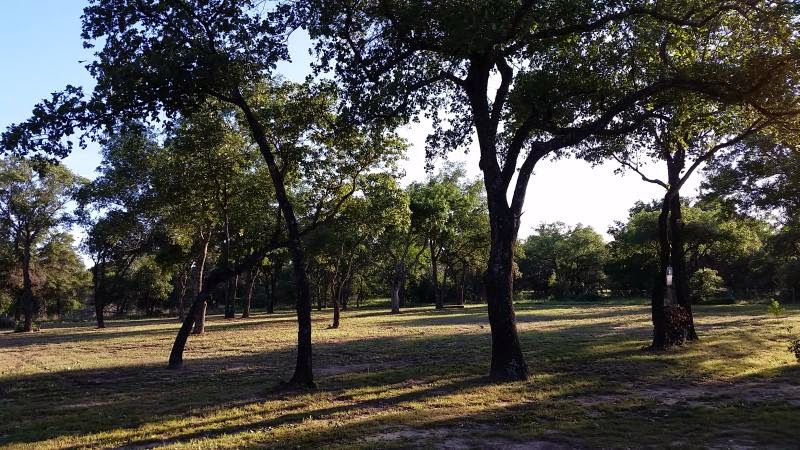 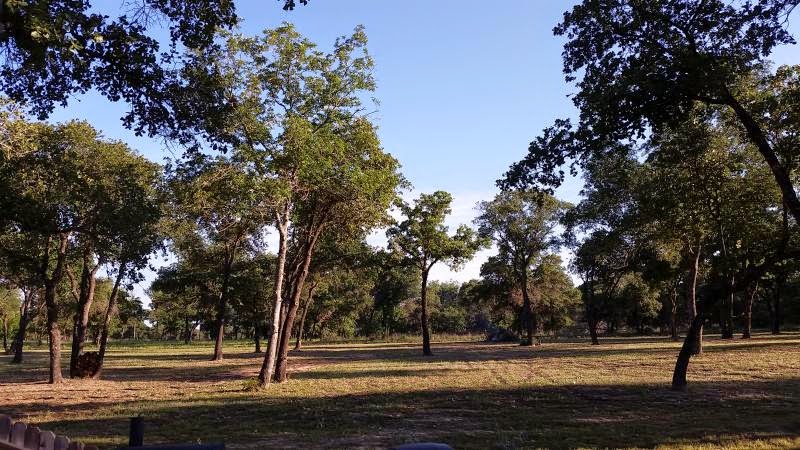 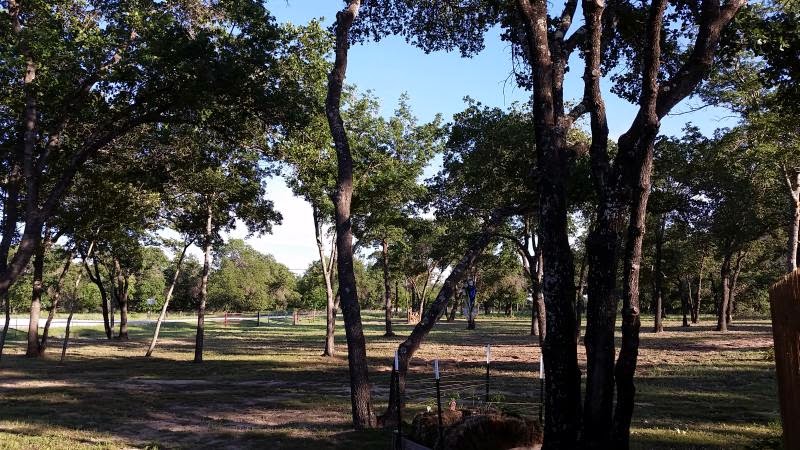 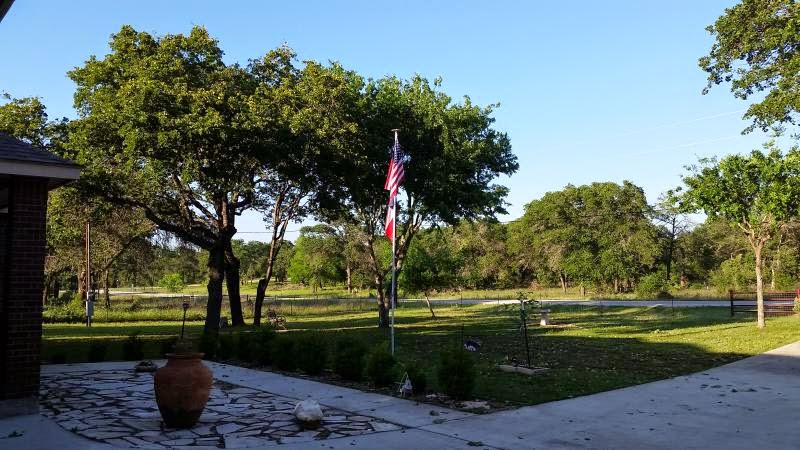 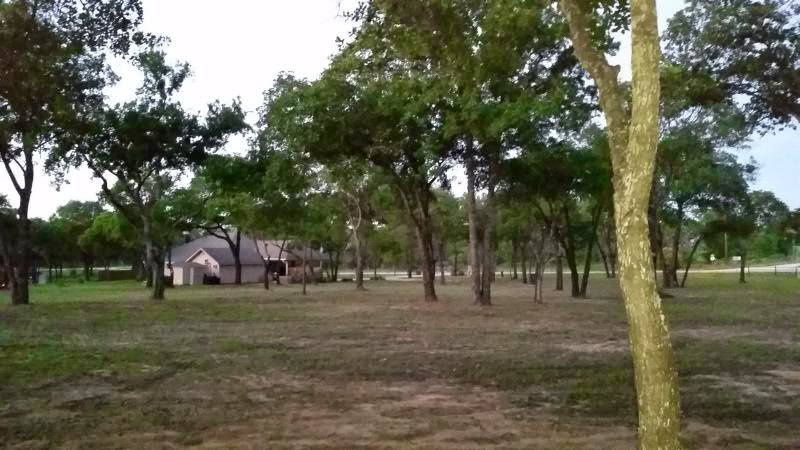 These pictures really don't do justice, especially since I haven't shown any "before" versions, but take my word for it, these guys did a wonderful job. 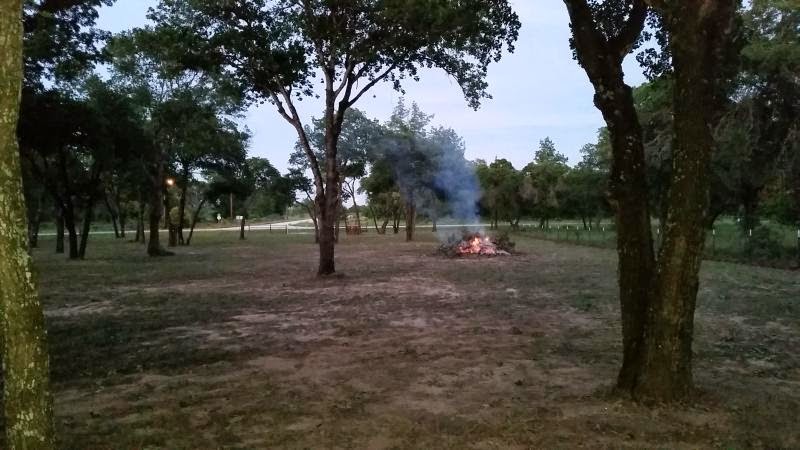 The bad news is, three days of rain really put a damper on my burn pile, and even though deep under the top layer wood is smoldering, it is going to take some time for this little mound to level off.
Posted by Dave at 6:02 PM

They did a great job!

I love your trees, we really need to hire someone to trim ours as well.

Your yard looks so nice and peaceful.

Probably better that you have to burn it wet anyway. Those big brush piles can get pretty ferocious when they're dry.

Looking Good. Quite the difference from Culebra Rd. A wee bit more room.