Okay, picking up where we left off (where I somehow lost track of my pictures) on the patio project. 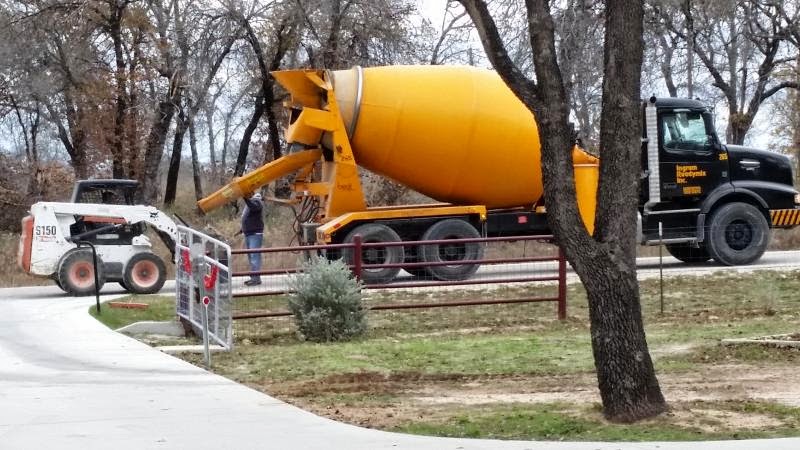 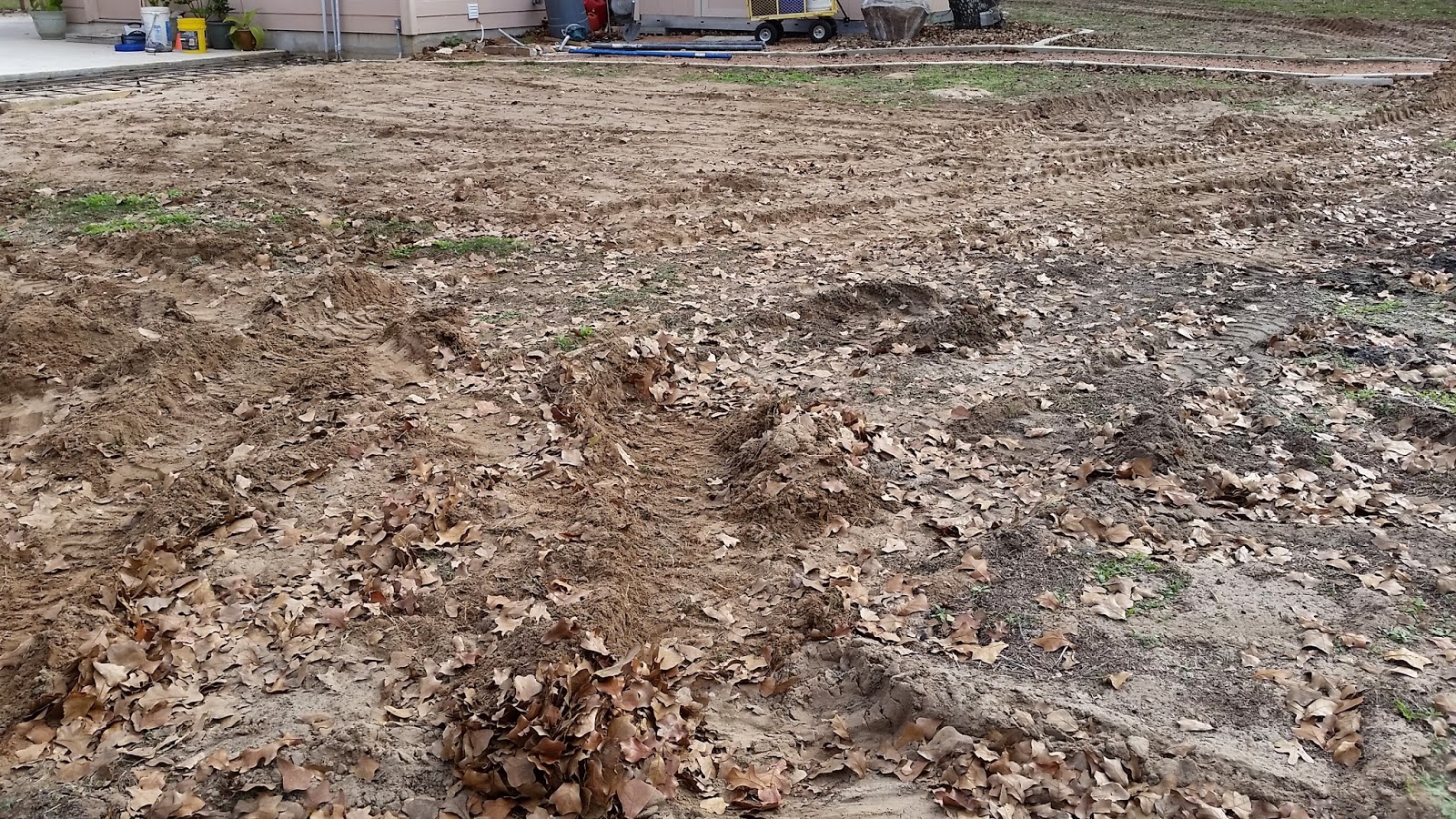 The crew came on Christmas Eve to pour the slab and it only took about ten minutes to realize we'd be needing a new lawn.  In fairness, I had torn up a good part of it by digging up and moving a lot of the electrical, cable and water lines I had run in previous years. 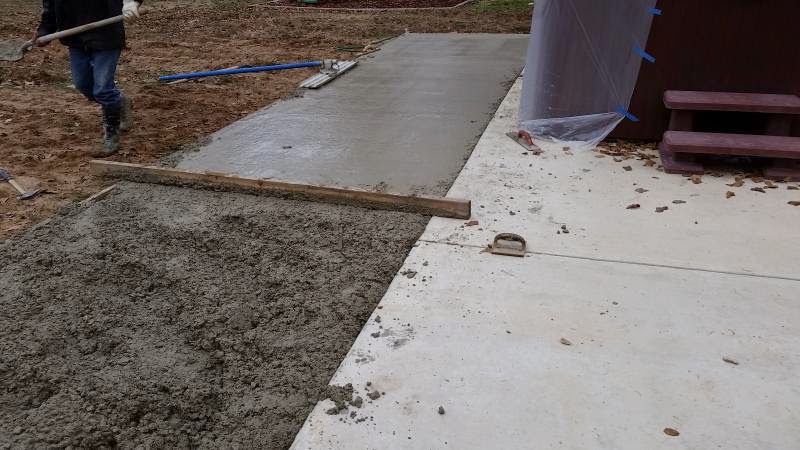 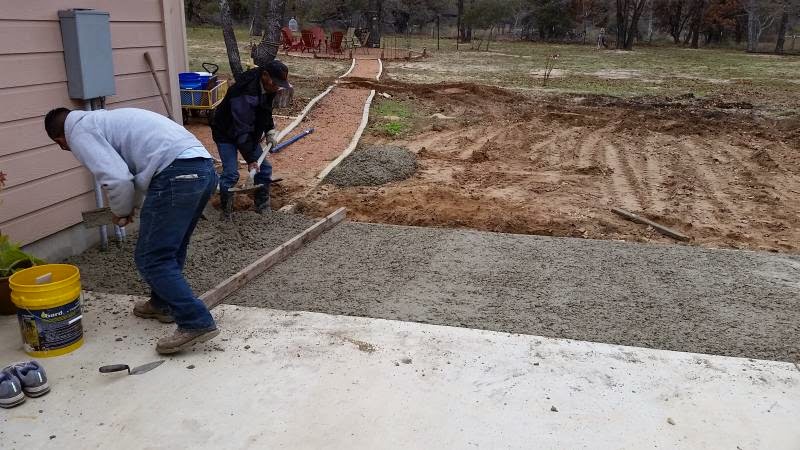 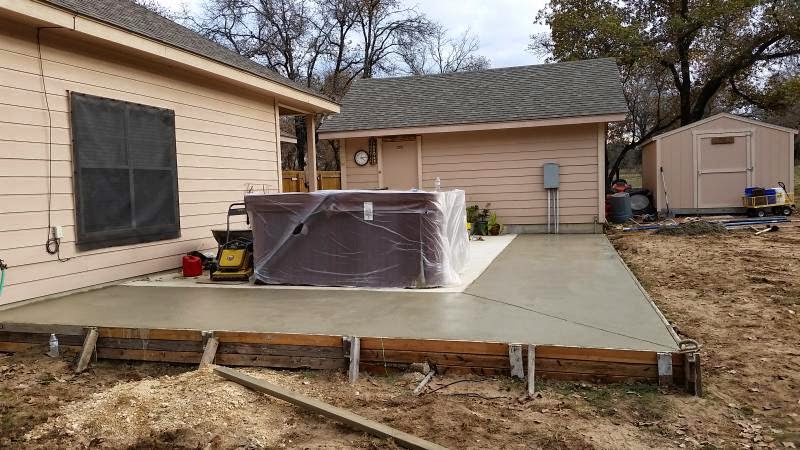 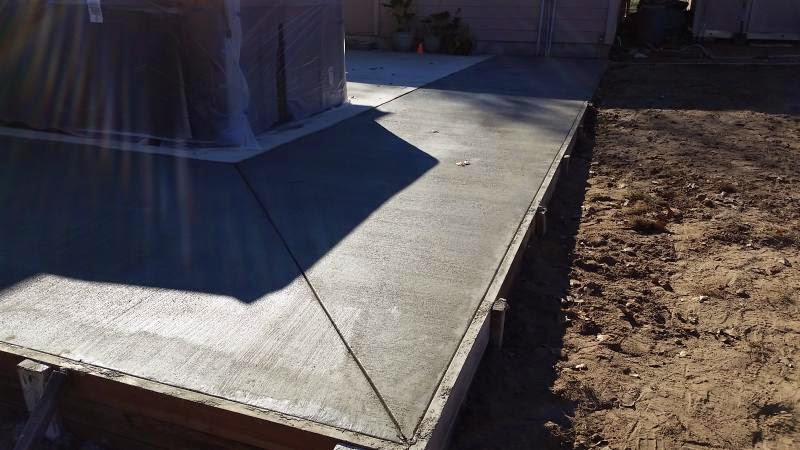 It took a while to get the cement in and then, most of the evening to smooth everything.  I think they did a pretty good job, but I felt pretty bad that they worked so late on Christmas Eve.  As you might have guessed, there was no action until after New Year. 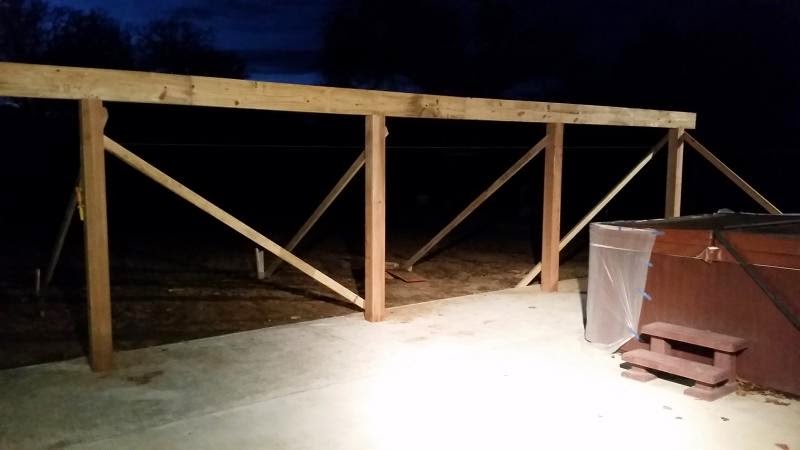 The first step in adding the patio cover was to put up the posts. Once everything was straight and level, it was a matter of waiting for the I-Beams they ordered to come in. 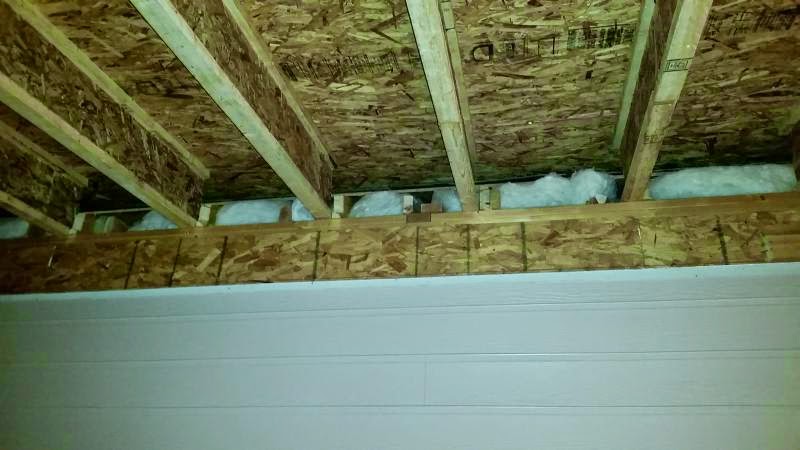 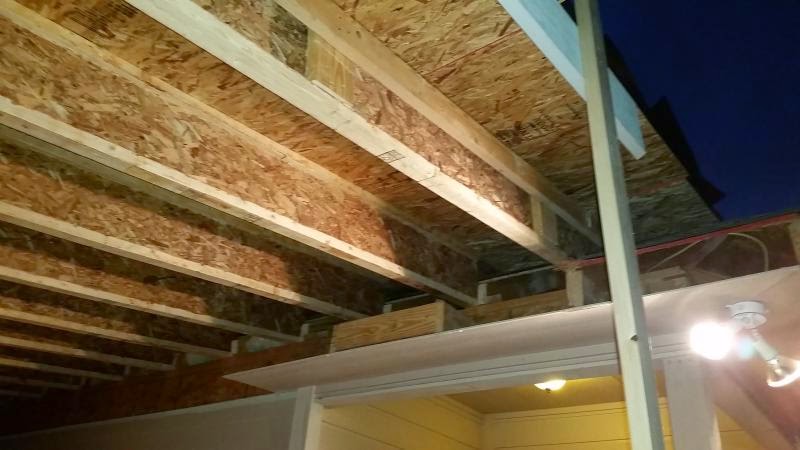 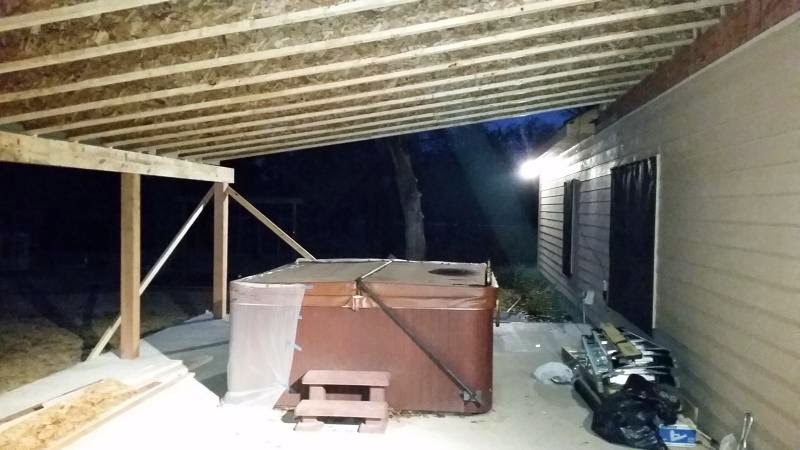 I have always seen people build patio covers with 2X4, 2X6 or maybe 2X8's, but because we were going out 20 feet and tying into the roof, we needed longer, stronger wood.  I'm not gonna lie - seeing them cut into the existing rood and removing siding was making me a little nervous.  Eva said that I was coming home from work just to make the workers nervous, but honestly, I was just curious to see how it would all work. 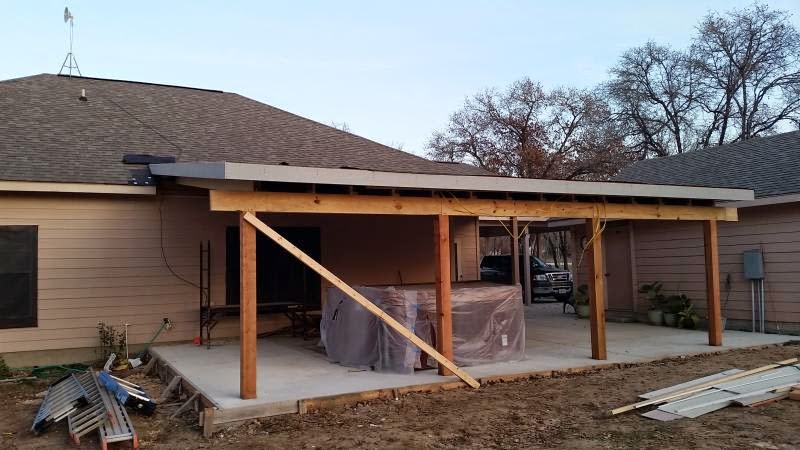 Aside from a few delays (which you just have to expect) the actual construction moved right along. 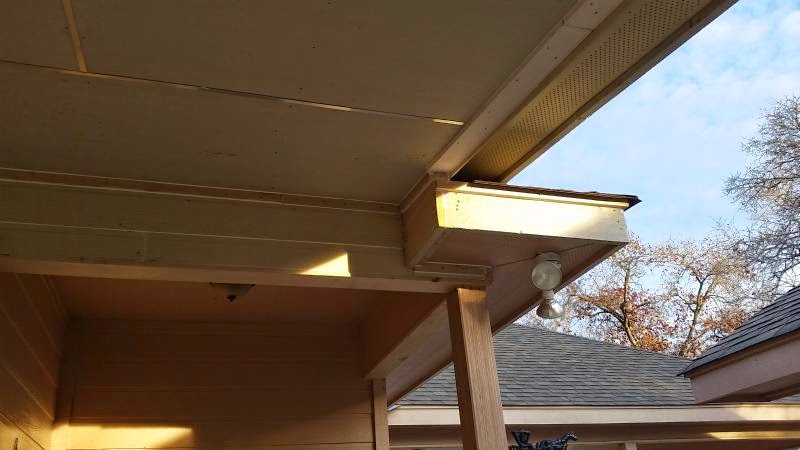 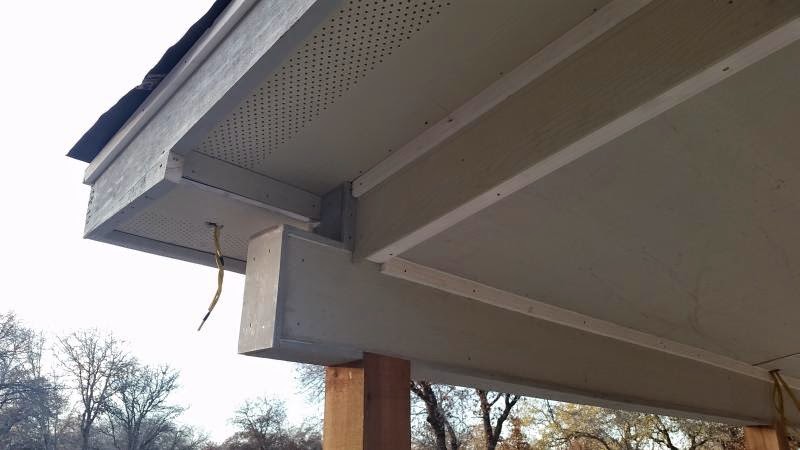 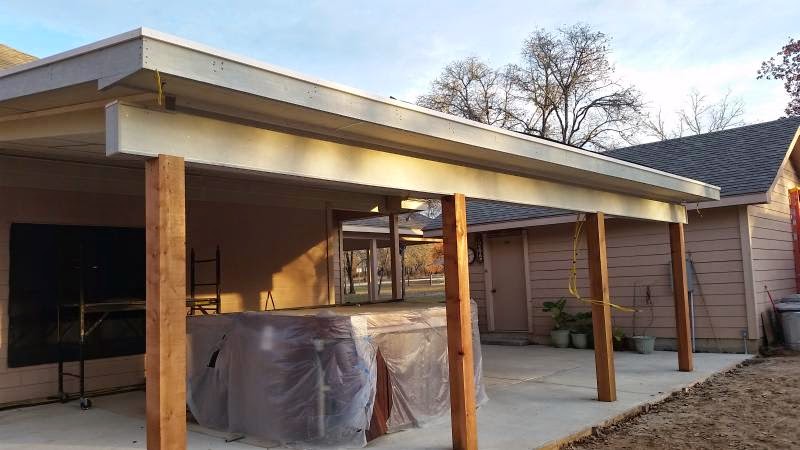 I was becoming more and more pleased with the way things were coming together in terms of finishing the corners and how the tie-in to the house looked. 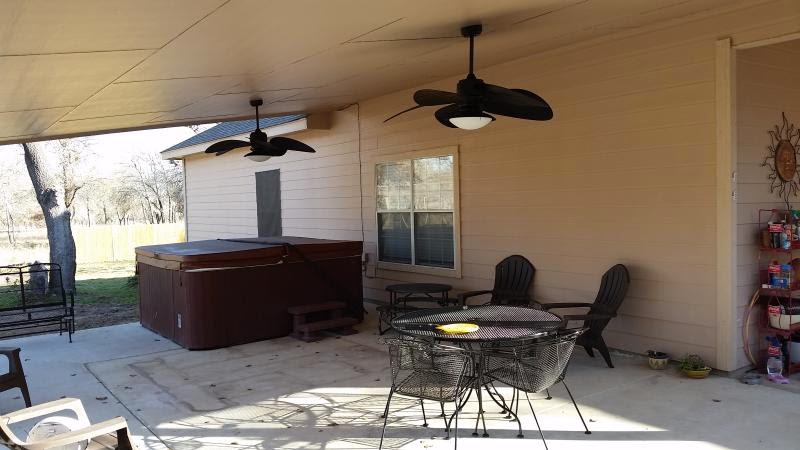 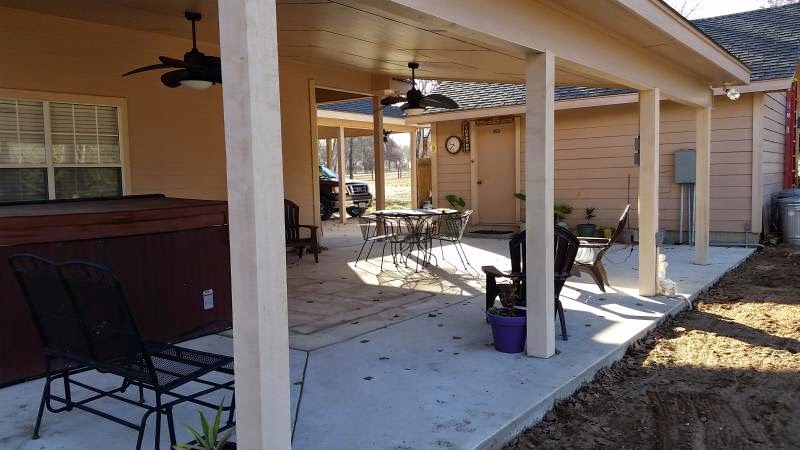 Once everything was painted, they installed the ceiling fans, exterior lighting and we moved the hot tub into its new place.

On the last day they brought in the electrician to run a new 220 line for our hot tub.  Because we had moved it into a new place, we had to pull the old wire and put a new longer length in.  I came home from work to find that they had just run the line but hadn't actually connected it.  Long story short, instead of calling them back, I just did the work since, I've wired a thing or two in my time.  I also figured out that the electrician didn't connect to the breaker properly so it was just as well that I did it.

All in all, adding this patio really improved our love of the house and our enjoyment of the back yard.
Posted by Dave at 8:32 AM

Email ThisBlogThis!Share to TwitterShare to FacebookShare to Pinterest
Labels: patio