My Daily Deer and Other Wild Animals...

First, a quick update on the Internet situation.  We had the Rock Solid Internet folks come out this morning to set up our new Internet access.  Total professionals and they seem like a great company to work with.  One problem:  We couldn't get enough signal through the trees to make it work, and hence, they had to cancel the job.  Of course we were disappointed, but I genuinely appreciated their honesty in halting the job knowing that we wouldn't be happy.  Total cost to me: $0.00.

I asked the guy to tell me who I should call next and he did say that he was sure Internet America would work.  He said they use a different set-up and antenna, therefore, the trees were not as much an issue.  I've called Internet America and they will come out on Thursday.  Fingers crossed. 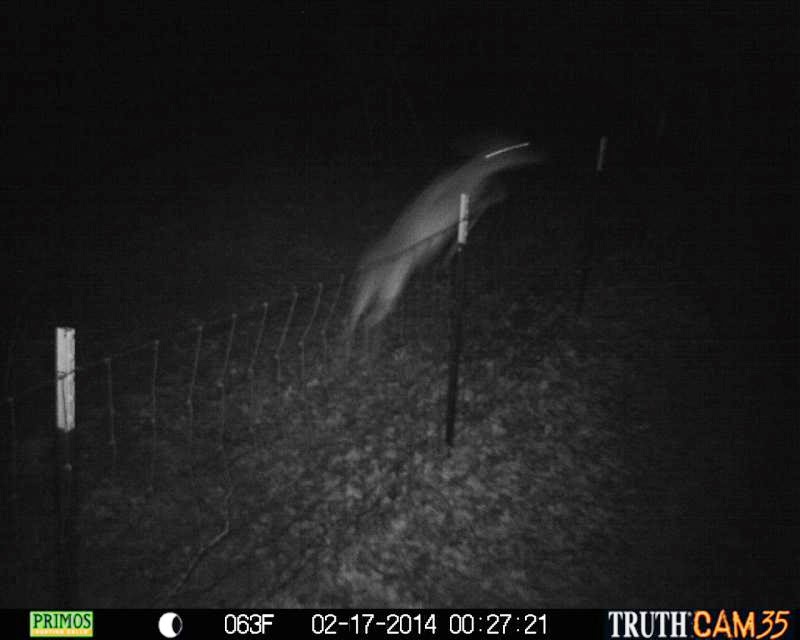 I did catch one little guy in the act of jumping over the fence.  It really looks like a blur, but I promise, it's a deer. 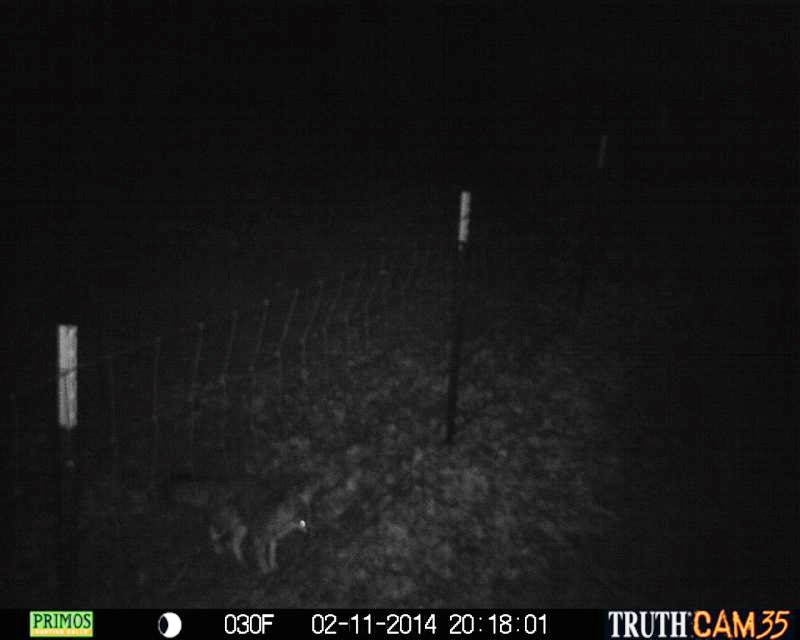 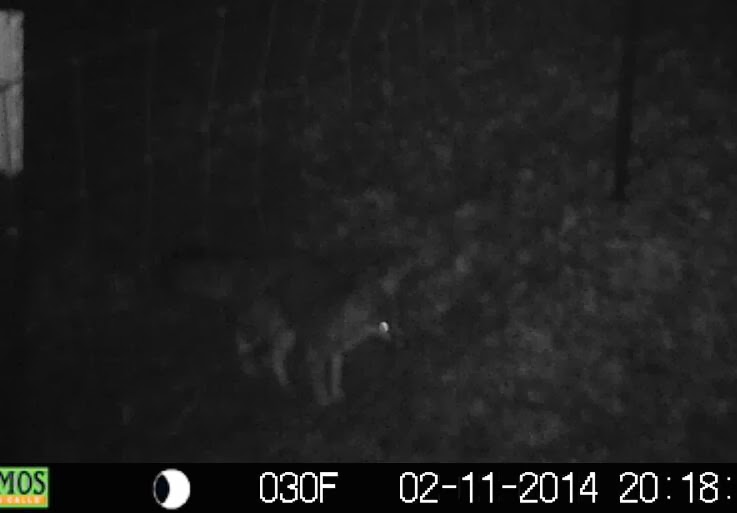 And I know you want to know the answer to, What does the fox say?  I would tell you if my camera recorded sound, but we only get pictures. 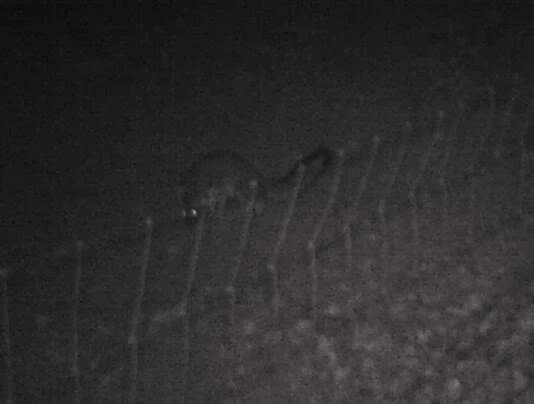 And an appearance by Mr. Raccoon.  It has been a while since we've seen him wander around.

The foxes, like wild turkeys, are kind of mystery animals to me. It seems that mostly, with population density increasing, we see fewer and fewer of some animals. Foxes and turkeys are different.

When we first moved into this area, when I was 6 years old, we occasionally saw red foxes, but only rarely. We never saw any wild turkeys or gray foxes.

But then...something happened. We began seeing wild turkeys in the 80s and now it's still kind of a marvel to see them (for me, at least), but it's not uncommon at all. Why did they begin thriving here? I don't know.

I saw my first gray fox 6 or 7 years ago when one just wandered up to the house and began poking around in the trash cans. At that time, we had just moved into our new house and the dog was tied up in the back pasture about 100 yards away from the house. I've seen several gray foxes since then, and hear them yipping now and then.

Where did they come from? I don't know.

Are you sure that first picture isn't a...CHUPACABRA?!

@Alan: Are you sure that first picture isn't a...CHUPACABRA?!

Assuming I can get a T-Shirt deal, I'd say with 100% confidence, that is La Chupacabras.