The Spurs did not win either game in Miami.  That was disappointing but it was a fantastic series and we had a great time watching the games, commenting on Facebook and trading barbs with my nephew Dan, a disgusting Heat fan. 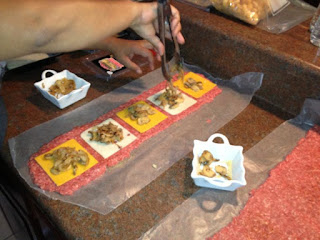 On Sunday, the Spurs were successful and it was probably because Eva made Bauer Burgers.  What are Bauer Burgers you ask?  Have you not seen the soap opera, Guiding Light?  Oh wait, that went off the air. 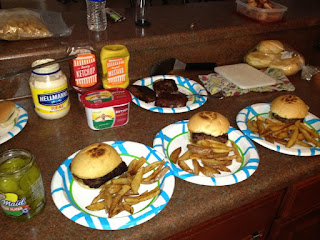 Anyway, one of the main families, the Bauers would have a party every 4th of July, and they would serve Bauer Burgers.   And, now we make them too.  I'll refer you to an older post from the old blog to refresh your memory, but they are just as good now as ever.

Speaking of eating, the other day we took vehicles to Lytle Oil Exchange to get some oil exchanged.  We thought it would be a good time to grab a bite and one of the ladies suggested a place across the street called Pirates Cove.  The small town of Lytle's High School football team mascot is The Pirate, so this restaurant sort of picks up on the theme. 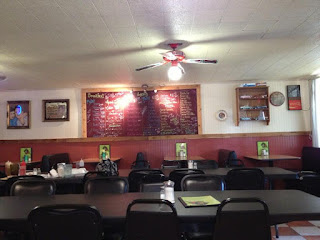 We have driven by this place a hundred times, but this was the first time stopping in for breakfast.  Nice looking place inside, seemed clean and the people seemed friendly.   We took a seat in a booth and ordered drinks, Iced Tea for me and lemonade for Eva and my son, all in to-go cups.

As we waited for our breakfast, we noticed some of the signs on the walls - they have wings and catfish and other good things.  We really started contemplating return visits for lunch or dinner. 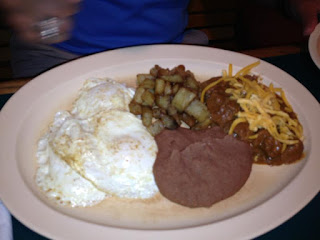 My son ordered the Tejano plate which came with three eggs, potatoes, beans and carne guisada.  He added cheese (as you should).  Looks great. 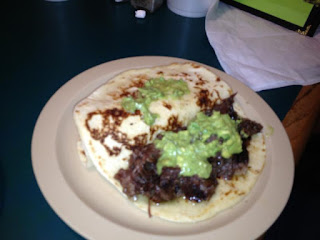 Eva got a barbacoa with avocado and a bean & cheese.  She commented that the beans had been through a blender versus mashed.  I really don't know it that is good or bad, but everybody ate them! 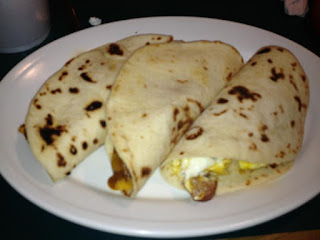 I ordered my usual trifecta for any first visit to a taco place.  The carne guisada with cheese, the chorizo & egg, and the country & egg, all on flour. 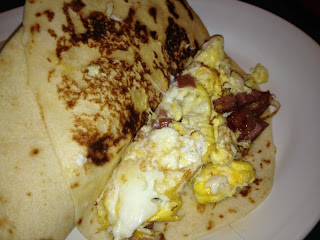 The country & egg was very good.  I added the green sauce and it had a nice flavor to it. 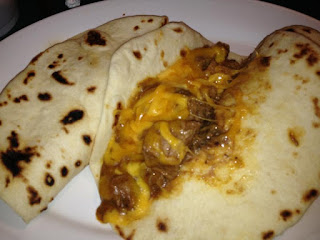 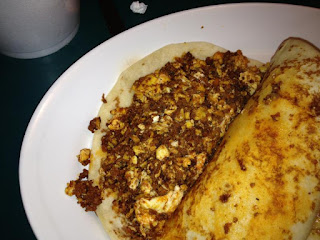 By the time I got to the chorizo & egg, it felt like the tortilla was hard and while the chorizo was tasty, I was losing interest fast.

All in all, we all felt like this was a place we'd certainly like to try again, if not for breakfast, at least for lunch.  And then we got the bill.  $30 (before tip).  This same exact meal at La Pasidita is probably $13 - $15 max.  In retrospect, it was not the food price that got us, it was the extras.  Example:  Lemonade is $3.00 each.  Add a to-go cup and that is another 25 cents a pop.  The cheese for my son's plate and for mine is another .40 each and of course, Eva's avocado was probably at least a buck.

Let's not freak out over $30 for three people to eat, but why would I go back when I can get the same thing but better for half the price?  And then when we went back to pick up the cars at the oil place, one of the ladies gave us an earful about Pirates Cove.  I shan't bother to share the details of that private conversation, but yea, we'll just stick with some of our regular places. 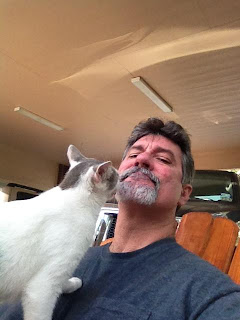 Did you know that Little Kitty likes the taste of spinach dip?  I did not know that either until she found that I had some dripping from my beard.  I know that makes me a slob.  It also made Eva want to gag and shave me whilst I slept. 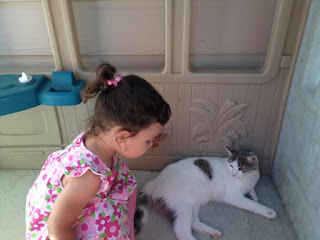 Speaking of Little Kitty, she had a fun time with Isabella in her play house. 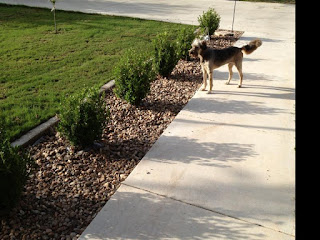 On Saturday, we did a little yard work.  Okay, a lot of yard work.  One of our projects was to clean up the front hedges.  We had some mulch in there that the exterminator told us was a breeding area for lots of the bugs Eva hates.  We had some mold action going on too.  So, we got rid of all the mulch, cleaned things out, but down some of that weed barrier stuff and put in a yard of river rock.  Gracie approves. 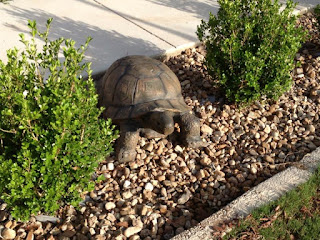 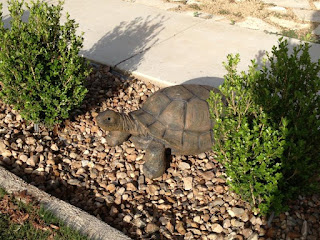 It still needs about another half yard of rock for everything to even out, but we'll do that next week.  Oh, hey!  Is that a turtle?

I'm off to cut more wood for Adirondack chairs #3 and possibly #4 today.  Pictures to follow!
Posted by Dave at 9:44 AM

Boy kitty is so big! Every time I read your blog I end up feeling hungry :(

Never watched GL but these burgers look absolutely delicious had to go to your prior post to see how to make them.

I am currently trying to learn how to bar-b-q using a grill by watching YouTube :D

Am I seriously the only person who doesn't put cheese on carne guisada?

I did not realize you could get carne guisada without cheese.