On Friday evening, we took a trip to Stockyards City to grab dinner at Cattlemen's Steakhouse.  The place has been around for a hundred years or so, and the thought was, if we want steak, a restaurant named Cattlemen's in a city called Stockyards ought to do the trick.  It did. 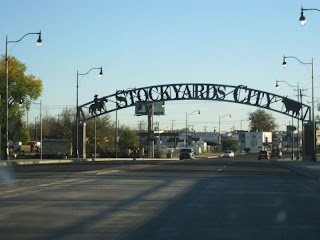 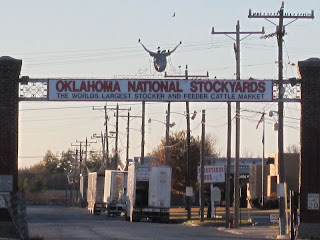 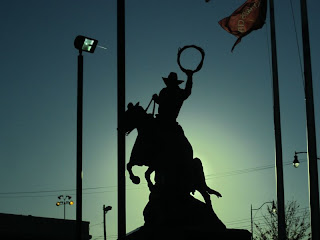 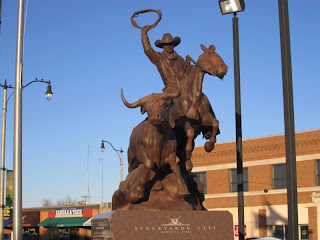 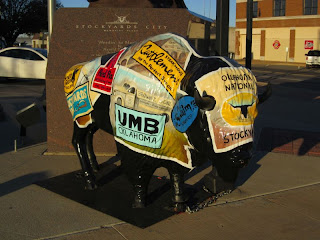 Stockyards City, aptly named is just as you would expect it is.  Technically, none of the cattle we saw were alive, but the place certainly had the vibe with lots of folks looking like they could participate in a rodeo or  punch some dogies. 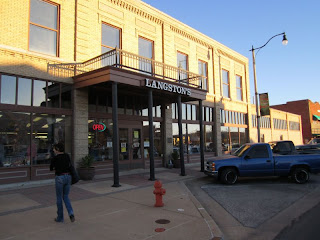 We walked through a huge western outfitter called Langston's which offered lots of stylish cowboy fashions at what I considered to be shockingly outrageous prices.  Of course, I was wearing a sweatshirt I had purchased at Super Target for $10 while looking at t-shirts that were going for close to $50.  I'll pass. 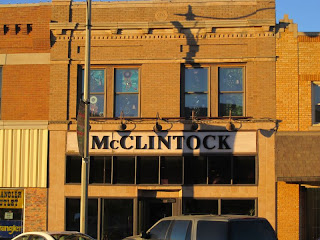 There was another store we didn't go into but I found to be interesting.  If you have never seen the John Wayne movie with Maureen O'Hara as his wife, McLintock, you should. 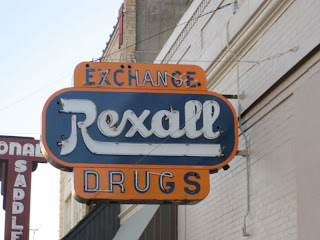 I can't help it, but this particular sign to me is the symbol of small town America. Although, perhaps they have Rexall in bigger cities and I just don't realize it. 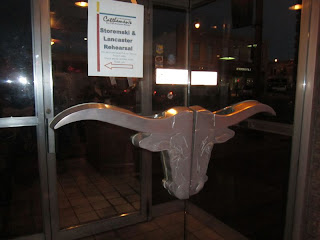 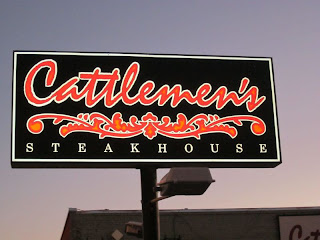 Cattlemen's is pretty large so when we walked in, we did not have to wait any longer than it took to round up a hostess with menus to see us to our table. 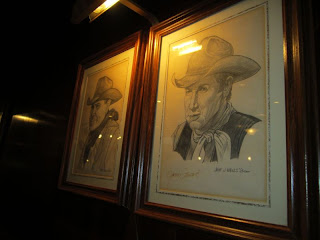 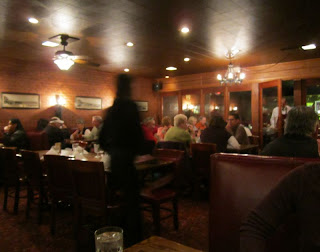 The interior looked like what I expected, lots of dark paneling, leather seating and pictures sketched of your favorite cowboy stars (James Stewart, not Troy Aikman).  While the menu offered a wide array of choices like catfish, shrimp and chicken, it was obvious steak was what we would be ordering. 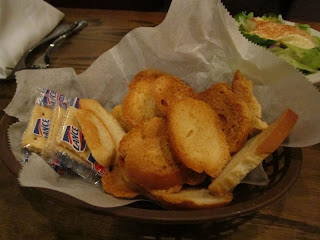 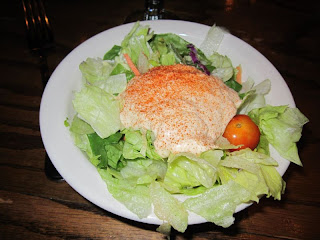 The house salads came out with a huge basket of croutons and a homemade Ranch style dressing with lots of garlic.  Eva was not a fan of the dressing but I enjoyed it. 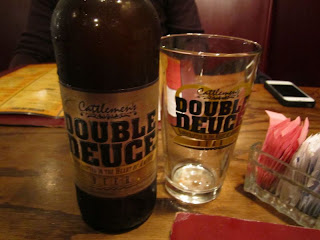 The restaurant serves a custom microbrew in a 22 ounce bottle called Double-Deuce.  Get it, 22 ounces, double-deuce?   To me, it tasted like some sort of lemony wine cooler, but I am told by our waitress that it has often been compared to Heineken.  Maybe a home made Heineken. 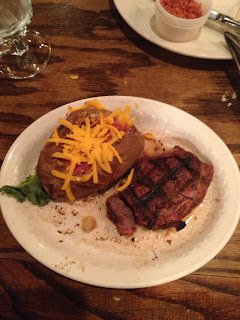 Eva order the ladies Filet with baked potato.  Delicious.  It clearly had a different taste as if it had been properly marinated for a while.  I'd order the men's version. 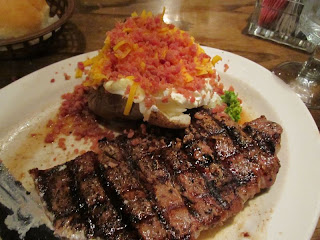 My son and I both had the Cattlemen's Strip Sirloin which was a generous portion of beef accompanied by a loaded baked potato.  If you know about me and my steak problem, it is that nobody cooks it the way I want it.  This was good and I certainly enjoyed it, but when a place takes the time to print on the menu what rare or medium or well done equates to, I think they should stick to that in the kitchen.  Both of us ordered Medium but we got medium well (by the menu's description) but we weren't about to send it back.  My son told me this was the first time he had ever had them get it wrong so I'll take it that it was a new cook.  Bottom line, it ought to be a crime to cook any steak beyond medium, even if someone wants it well done.  And if you eat steak well done, why not just order a burger from McDonald's?

I don't want to give you the impression that the place wasn't good, because we had an enjoyable meal and I'd gladly return.  I'm just a whiner when it comes to steak being over cooked.  I'm sure the fine people at Cattlemen's would have brought us new ones without as much as a loogie sizzled in, but I never, ever send anything back. 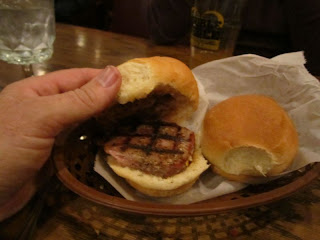 The next day while my son and I were out flying (that's another post), Eva took my leftover steak and stuffed it inside one of the leftover dinner rolls and had a fine lunch.
Posted by Dave at 2:11 PM

Well, I know that they do have modern Rx pharmacies in some of the bigger cities (at least NYC).. whether that stands for Rexall, I don't know, but maybe?

I haven't seen a Rexall since I left West Virginia. We had one in the town I lived in, pop. 4000.

Forgot to mention, I'm the same way about how a steak should be cooked. Medium to medium rare suits me just fine. Anything more done than that you might as well eat your shoes!

What is this 'leftover steak' of which you speak?

What is this 'leftover steak' of which you speak?

I know, hard to imagine.