I'm not even gonna lie; I've been busy and in spite of the fact that I recall from time to time that I'm trying to keep a blog going, it just doesn't seem to be a high priority.  But don't let that stop you from checking in to see if something new has happened.  I appreciate the handful of you who continue to check back, even if I'm not keeping up my end of the bargain.  Thank you.

There has been a lot of out of the sorts things happening.  Oh not to worry, nobody died or anything like that.  Oh, wait.  How to put this delicately?  I'll discuss later in the post. 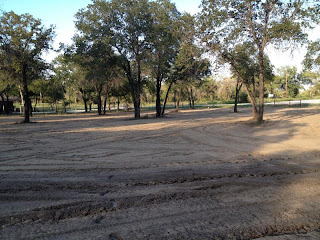 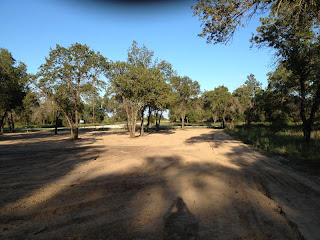 So, my neighbors will think we are nuts, but we just had one of the workers come out and level off the new property.  We had discussed this strategy with the man who cleared all the brush and dead trees when we first bought the land next door.  Basically, the plan was, I would mow the sand for a few months until it rained really good, and then they would come back out while the ground was wet and do a good leveling. 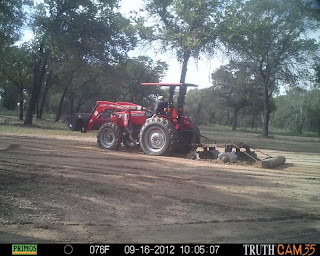 So if you drive by and wonder where all the semi-grass I had growing went, not to worry, it is all part of a bigger plan!  And man, that was some rain! 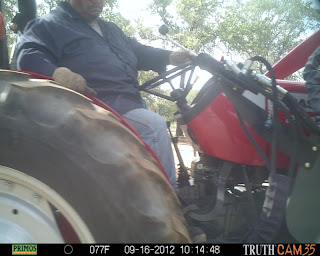 This was sort of funny.  The guy with a new tractor was doing his work and at some point, he noticed the deer camera, but had no idea what it was. 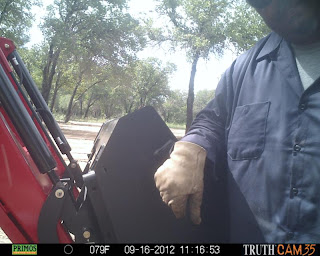 He got really curious!  Finally Eva came outside and explained what it was and he decided he needed one for his house.  Good times. 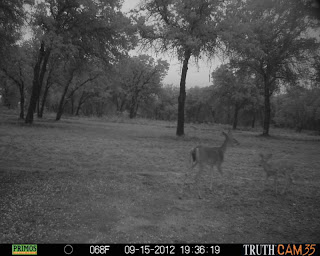 Speaking of deer...  I walked outside with Gracie as the sun was going down and noticed the little deer eating.  Gracie couldn't see what I was looking at so she lost interest and walked back in the house.  The deer moved to make an exit but stopped and looked back at me.  I don't know if deer come to whistles, but I tried.  And then they left.  Oh well. 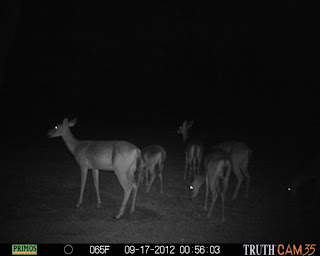 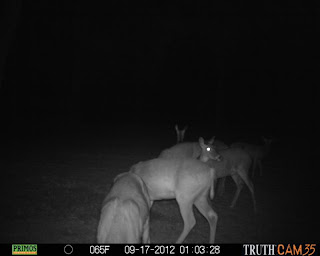 These deer appreciated the new flatter surface and the free dinner. 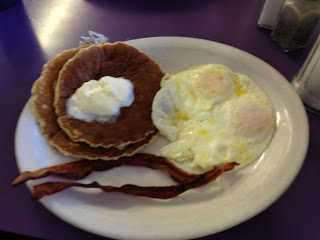 We tried out a new place for breakfast in the town of Devine.  It has been around for a while but we just took forever to try it.  The place is called Viva Zapata. I did not see Marlon Brando in the kitchen, but I did order up some white folk vittles none the less.  As many of you know, the first time I go to any Mexican restaurant for breakfast, I always order one carne guisada with cheese, one chorizo & egg and one country and egg, all on flour.  This is important because it allows me to gauge the overall quality of the place.  And because I am generally a fat pig who should instead have a breakfast of fruit and dry wheat toast. 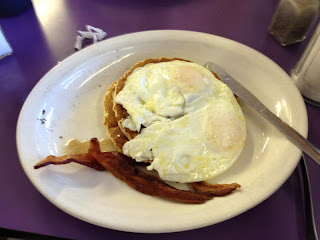 On this morning, I had the pancakes, eggs over easy and some wimpy bacon, and it was pretty good. Yes, I'm one of those people who puts the eggs on top of the pancakes and eats it all together.  I'll try the tacos next time.

We went to the Walmart on Military Drive at Loop 410 a few days ago.  I can't even imagine why.  Anyway, I usually feel good if I can just dodge the discarded diapers in the parking lot, but as a bonus, I was rewarded with a good parking spot near the front. 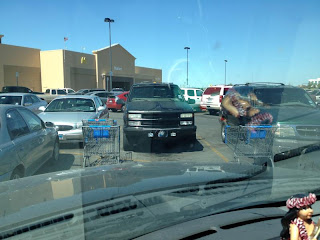 Until I tried to pull into it.  Figures.  Not one, but two shopping carts left in the parking space.  People are so lazy.

I've made mention in the past that my father has seen better days.  He is a wonderful man with the friendliest personality that those who know him have probably ever met.  In spite of the fact that he may not know those friends or in many cases, family members, that personality stays with him.  Many people who find themselves in the very last weeks or months of their lives become cranky.  They might be afraid of what is happening to them or they may just be plain pissed off that people continue to poke and prod them.  My father is at home with my mother and assisted by hospice care as well as my sisters and brothers who can be there. 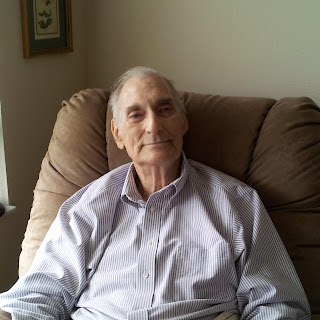 I have had the call before where they say, "This is it."  But my father is, as we have learned to appreciate, the cat with 14 lives.  In spite of near misses, I am thankful that my mother can continue to enjoy his presence, and his warm and pleasant personality.

I went to work and informed my boss and his boss that I might have to leave for my father, and that death was most likely imminent.  As one would expect, the outpouring of concern and offers of assistance were immediately forthcoming and appreciated.  When I went into work following the weekend, it would turn out that my boss lost his father unexpectedly, and his boss lost his mother the following day, even more unexpectedly.

I know this sounds funny, but what they hell do you say?  Uh, sorry my dad is still alive and kicking?  I am so sorry for their loss, but perhaps it is my years of being in the military and the gallows humor that often comes with it, but it makes you want to chuckle over such a thing.  One of life's mysteries, I guess. 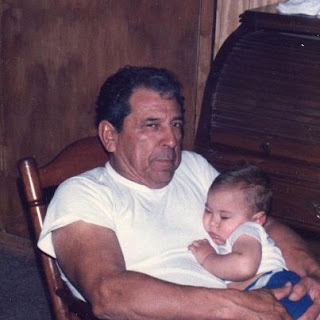 I am very pleased that my father is still with us.  But today is also the anniversary of the passing of my other father, Eva's dad, Scobey.   It has been 12 years and we wish so much that he could have seen the life we have made out here in Natalia.  So many trees - he probably would have climbed some just to show the kids how it is done.

My thoughts are with you and your father.

Oh, and I put eggs on my pancakes, too. Sometimes I make little sammiches with them.

ok..I'm at a crossroads..I have 2 prayer lists, one is for people to get well, and one is to go peacefully as their time is here..which list would you like him to be on..
prayers are with you and Eva.

Dave, It is my hope that your Father is around for a good while longer, but if that doesn't happen, I hope you are able to be with him and cherish the time spent together. I'll toss in a prayer or two also.

One hell of a post, Dave. Quality beats quantity any day.

Hey all: Thanks for the kind comments and words. I really do appreciate your visits, your words and thoughts.