For a while now, we have been driving by a billboard near Lytle for a new place in Pearsall called Hungry Hunter's Bar & Grill, opening in November.  Pearsall is less than 30 minutes from our place near Natalia, so I figured it wouldn't be such an ordeal to take a drive down I-35 and check the place out. 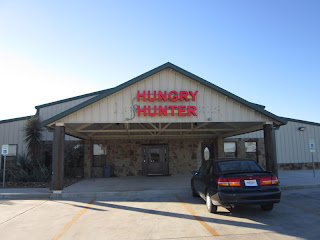 Surely, if the billboard was up and it is already the 27th of November, the place would be open.  Apparently not.  The one car parked in front looked abandoned and the place was sealed tight. 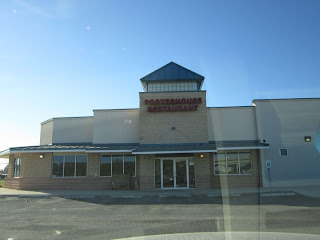 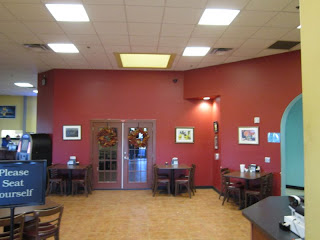 Up the street from our intended destination, there was a nice looking truck-stop like Valero convenience store with an attached 24-hour restaurant called the Porterhouse.  Sure, we could have gone across the highway and given Cowpokes another shot, but we both agreed not to make that mistake again.

We really walked in expecting it to be bad, and in fact as we stood in the entry way, I hinted that we could turn around if Eva wanted.  It wasn't anything in particular that gave me a bad vibe;  the place was clean and there were people eating and such, but I didn't want convienience store food.  We ended up taking a booth near the window so we could watch the truck, and settled in to wait for the menus.

In the booth next to us was a young man who was eating dinner and fielding several calls on his iPhone.  He asked us if we knew how to take it apart to get to the sim card.  Once the friendship was established, he asked us about the next bus headed to Laredo.  I was thinking he was a run-away, but as it turned out, the young man, Sam-Flo as he goes by, is a rapper for Christ, and he was on his way down to Laredo to visit a recording studio.  He asked us to look for his 14 song mixed-tape coming out next year. 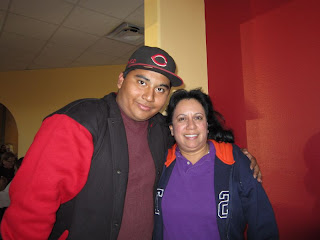 Eva insisted on having a photo with him, on the off chance we ever tune into Religious Rap Radio and hear him at the top of the charts. 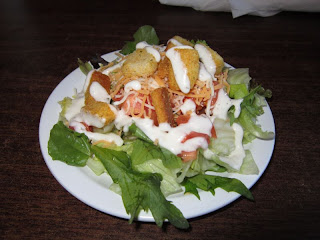 We both ordered up the chicken-fried chicken which came with a dinner salad and our choice of fries, baked potato or onion rings.  Not a bad little salad at all. 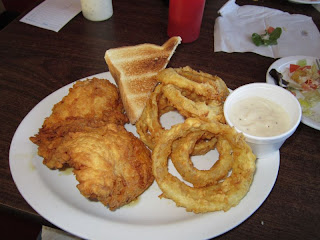 Before I could finish asking, our stewardess told me that the onion rings were hand dipped, not frozen and that was all I needed to know.  Eva went with the fries, which were also good.  The onion rings were great, not too crispy and nicely seasoned.  The chicken was not dry at all, a concern I often have, and the breading was very nice.  It was not overly seasoned at all, though dipping in the cream gravy was a nice compliment.  Finally, the Texas toast was perfectly done. 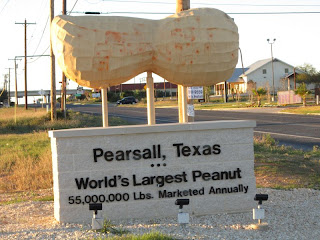 I'm not suggesting you load the family up and head southwest to Pearsall for dinner tonight, but if you happen to be on that stretch of I-35, you could probably do a lot worse.  There is a bar within the restaurant with a juke box. If you are lucky, a rapper for Jesus may serenade you.
Posted by Dave at 7:24 PM

Eva insisted on having a photo with him, on the off chance we ever tune into Religious Rap Radio and hear him at the top of the charts.

It's good to have goals. Happy listening.

Rapper for Jesus, eh? That's definitely a new one! At least he's got the guts to go for it :)

I'm not gonna lie; I thought he was nuts. Nice kid, but nuts. And guts.

Just found your blog. Enjoyed the food reviews. Thanks!